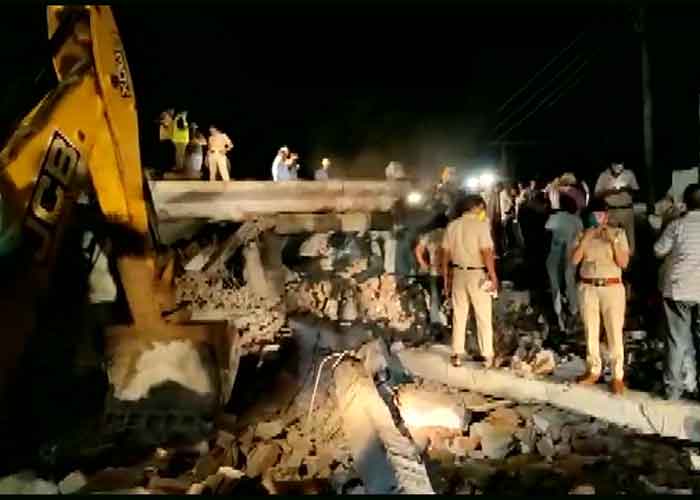 Gurgaon breaking News – A three-storied building in Gurugram’s Khawaspur village collapsed around 7pm on Sunday, officials said. However, no casualties were reported.

The incident took place near a warehouse located in the village, and a team of the local police station, the National Disaster Response Force (NDRF), the fire department and local people were on the spot for rescue operations.

“We came to know that around 18 to 20 labourers who work in the warehouse used to live in the building but only 3 to 4 were inside at the time of the incident and remaining were out for their work. The occupants in the building are alive. Three to four earth-mover machines are on their job to clean the debris,” DCP, Manesar, Varun Singla, told IANS.The reason behind the building collapse is yet to be known, he said.

“A rescue operation is underway. The local police station team, along with NDRF and fire department, are on the spot to provide all necessary help for the victims,” Singla said.

Fire department officials said that timely evacuation resulted in avoiding casualties. “All occupants in the building and the nearby ones were evacuated,” they added.

Meanwhile, the local people said the reason for the collapse could be rain as there were showers in the area since morning.