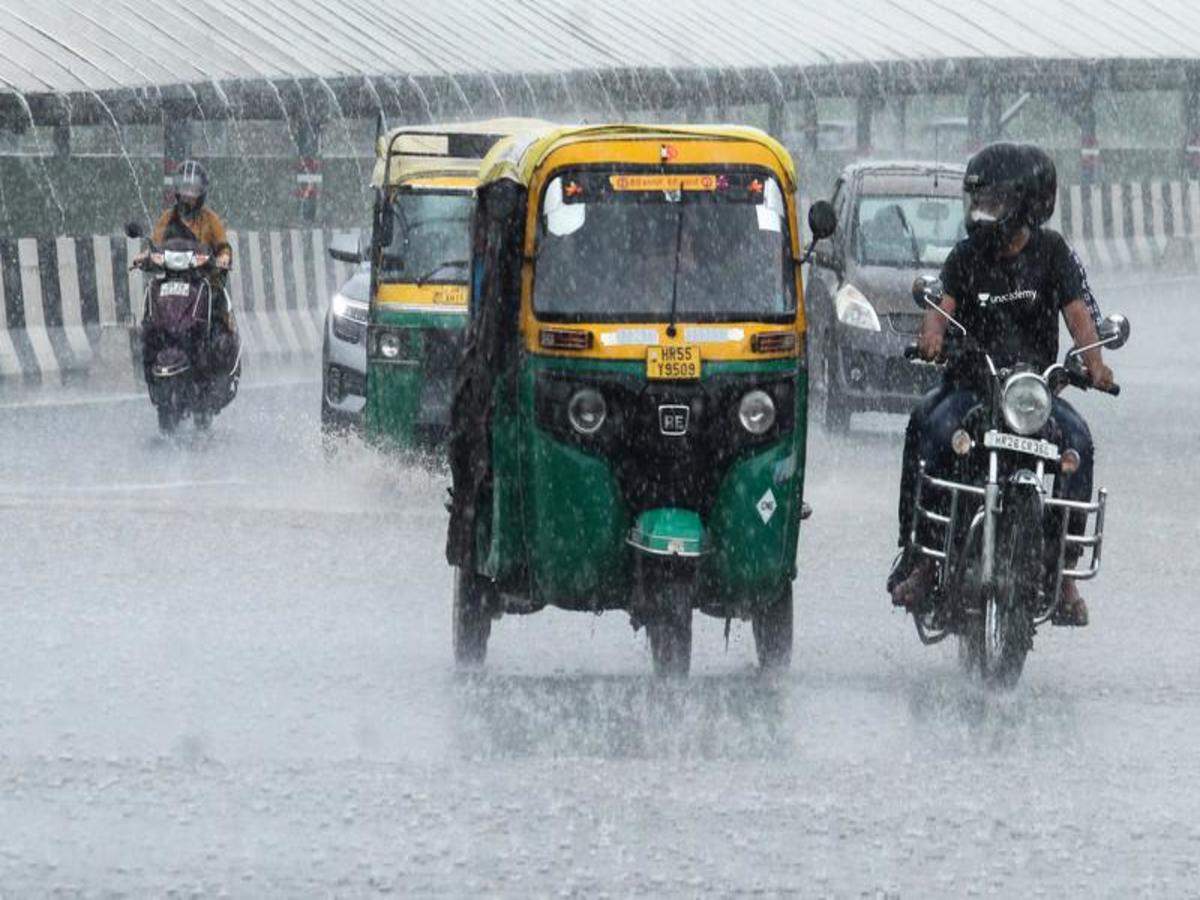 GURUGRAM: Many parts of the city received moderate showers on Tuesday, bringing respite from sultry weather.

According to the India Meteorological Department’s data, till 5.30pm, Gurugram recorded 25.6mm of rainfall. The weather department has issued an orange alert for Wednesday predicting moderate rain accompanied with thundershowers. Also, there is possibility of heavy rain at isolated places.

“Moderate rainfall is expected on Wednesday with a possibility of heavy rain at isolated places. The intensity of rain will decrease but light showers will continue to prevail for the next 3-4 days. Temperature is likely to witness a gradual rise,” an IMD official said. Unlike Delhi, most of the arterial roads, underpasses, national highway, except the service road of Narsinghpur, largely remained unaffected with no major waterlogging.

While the IMD had predicted light rain for Monday but showers and clouds eluded the city, however, Tuesday did not disappoint as most of the places saw moderate rain that started around 11am and intermittent drizzle continued till 3.30pm.