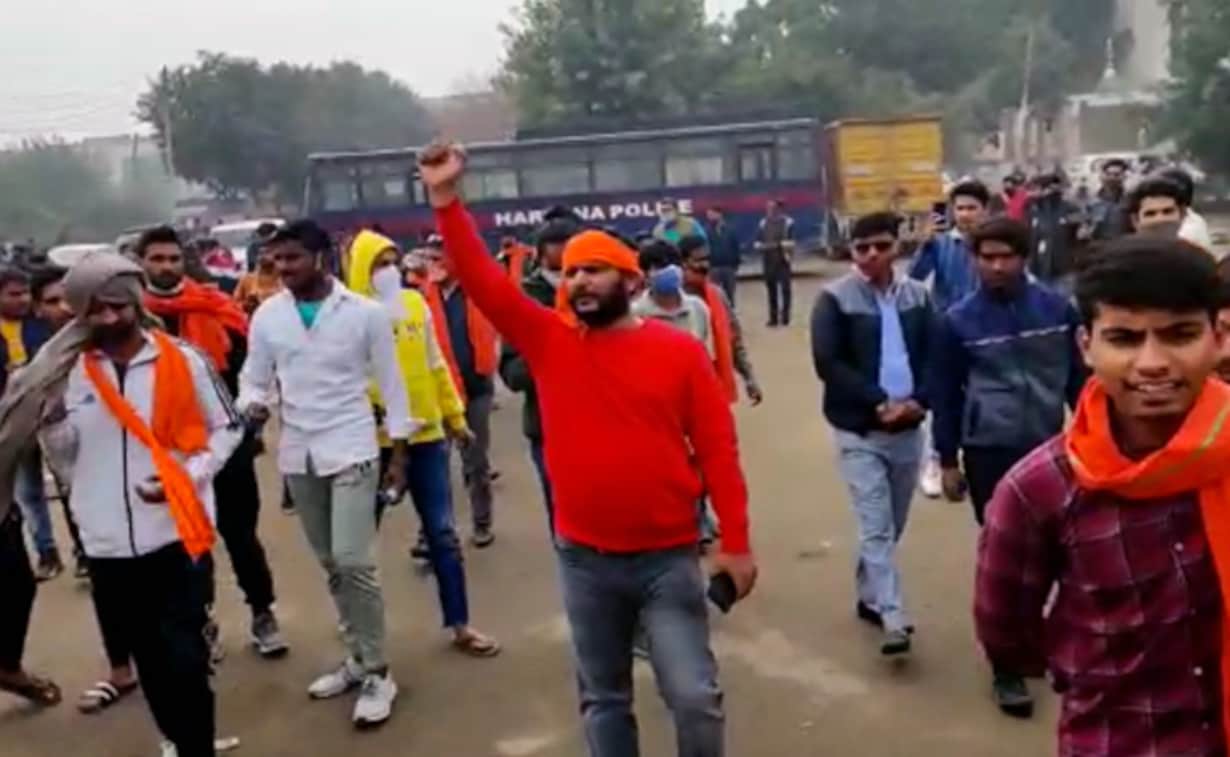 Gurgaon: A gathering of conservative activists and local people today again prevented Muslims from offering namaz at an assigned open site in Gurgaon in spite of substantial police presence on the ground. Around six individuals were confined and five of them were let of subsequent to addressing, police sources told NDTV.
Recordings from the namaz site at Sector 37 showed dissenters yelling ‘Jai Shri Ram’ and ‘Bharat Mata ki Jai’ from under 30 meters as a little gathering of Muslims offered Friday supplications.

Despite the fact that the namaz site is near a police headquarters, the security courses of action on the ground appeared to be lacking. Police authorities, evidently dwarfed, were seen making a human chain to prevent the dissidents from disturbing the namaz, recordings starting from the earliest stage.

In another video, a nonconformist was seen preventing a Muslim man from strolling towards the namaz site. He was subsequently removed by police authorities present nearby.

As per reports, around 15 Muslims assembled at the ground today for namaz. They were seen offering Friday supplications in the midst of yells of ‘Jai Shri Ram’ and ‘Vande Matram’.

Prior in the day, local people had left their trucks on the ground asserting they don’t have space to leave trucks somewhere else.

The ground situated at Sector 37 is one of 29 destinations put away for namaz after an arrangement among Hindus and Muslims following comparable conflicts in 2018.

At the point when the fights previously stood out as truly newsworthy Haryana Chief Minister ML Khattar said everybody reserved a privilege to implore, yet he likewise gave an admonition, saying “”those offering prayers should not block road traffic”.