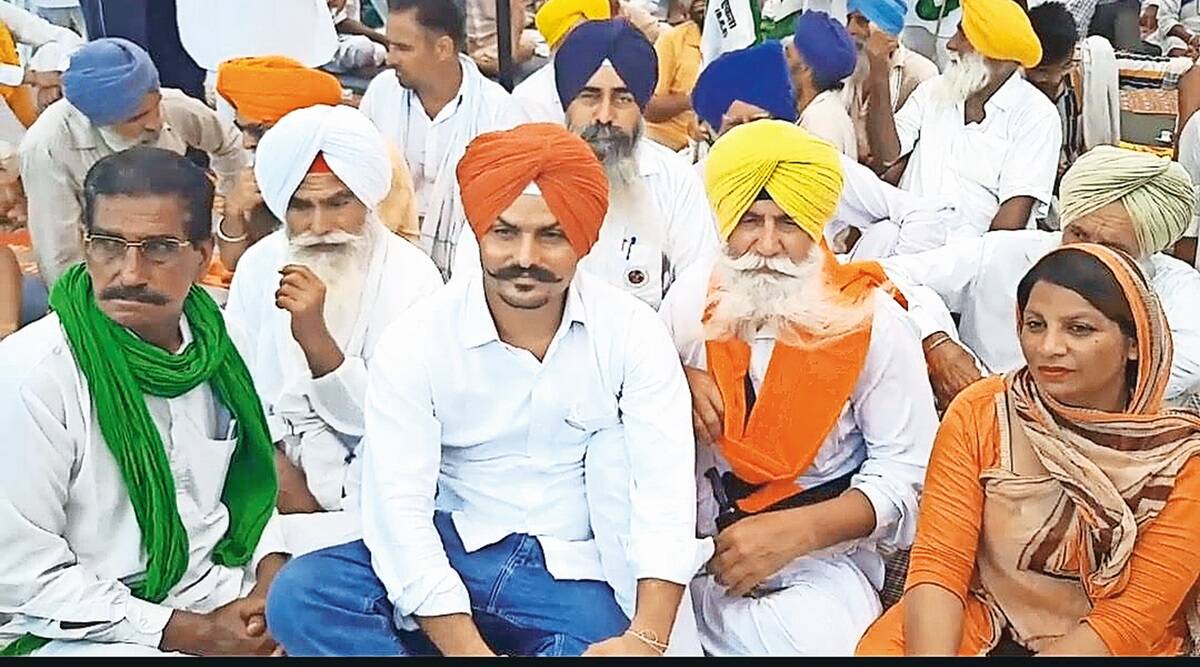 Sirsa: Farm activists protesting for release of five farmers arrested in a sedition case and withdrawal of the “secret FIR” registered against 100 farmers who stormed the July 11 meeting of the BJP district executive body, started an indefinite dharna on the lines of the Delhi border, near Daksha Prajapati Chowk at mini secretariat, Sirsa on Sunday. On the second day of their agitation, they put up tents on one side of the road. A stage has also been built at the dharna site.

Sanyukt Kisan Morcha (SKM) leader Sardar Baldev Singh Sirsa started his fast unto death at 12 noon. He warned the administration that either farmers would be released from jail or he would die. A health department team went to examine him but he refused.

Farmer leaders threatened violence if anything happened to Sardar Baldev Singh Sirsa. The administration, on Sunday, did not invite farmers for talks, but deployed heavy police force at the protest site. Farmers talked to the duty magistrate, trying to get him to remove the police force, but despite assurances, deployment was not scaled down.

On Sunday morning, farmers started a dharna by putting up tents on one side of Barnala road. Farmer leaders said they were going to protest outside the SP office, but since the administration had blocked the way by putting up barricades, they sat on the road. They said they did not intend to harass the public, so they had left part of the road open.

Before starting his fast unto death, Baldev Singh Sirsa said he would have just lemon and water without sugar. He also said that if the administration tried to lift him forcibly, some “untoward incident could happen and the administration and government would be responsible for it.”

Farmer leader Prahlad Singh Bharukheda said no update has been received from the administration. The SKM had issued an ultimatum to the administration till 12 noon, but no proposal came. Now, he said, they would intensify the movement.

Addressing the dharna, farmer leader Ravi Azad alleged that the Sirsa DC and SP were under political pressure from Chandigarh and were disturbing law and order instead of strengthening it.
On Saturday, farm activists started an indefinite protest at the mini-secretariat in Sirsa after holding a mahapanchayat under the leadership of Sanyukt Kisan Morcha (SKM) leader Rakesh Tikait.
Chadiwal apologises
Sirsa’s farmer leader Karna Chadiwal came to the protest site on Sunday and apologised to the farmers. He said that he was misled but had now realised his mistake. He said he could not come to the farmers earlier due to illness. During an interaction with mediapersons, he said he “went astray” after listening to a speech by Prime Minister Narendra Modi and accused the government of stooping to hooliganism.